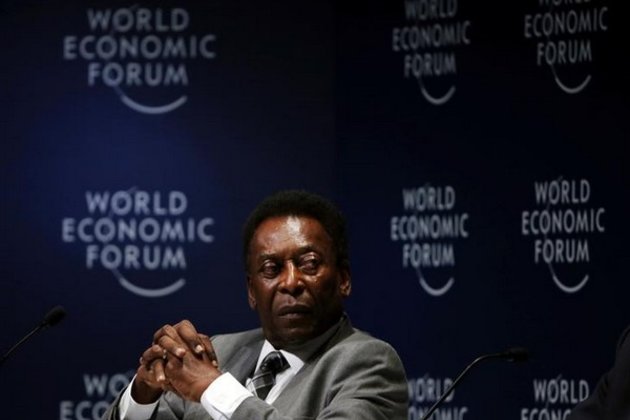 Rio de Janeiro [Brazil], December 9 (ANI/Xinhua): Brazilian football legend Pele has returned to the hospital to continue his treatment for a colon tumour.

The 81-year-old underwent surgery to remove a tumour in September and doctors said upon his release that he would require chemotherapy.

"The patient is in a stable condition and the forecast is that he will be discharged in the coming days," Sao Paulo's Albert Einstein hospital said in a statement on Wednesday, without providing details.

Pele said last month that he was feeling "better every day", having been released from the hospital on September 30. Doctors detected the tumour during routine medical tests.

The three-time World Cup winner has rarely been seen in public since undergoing hip replacement surgery in 2012.

He has since battled a series of prostate and kidney problems that have often required treatment in hospital.

Last year, Pele's son Edinho said his father was battling a "kind of depression" because of his fragile health and waning mobility.

Pele scored a world record tally of 1,281 goals in a 1,363-match professional career that spanned 21 years. He was capped 91 times for Brazil and scored 77 international goals. (ANI/Xinhua)