Ancient tradition of art revealed to the world at Dubai Expo 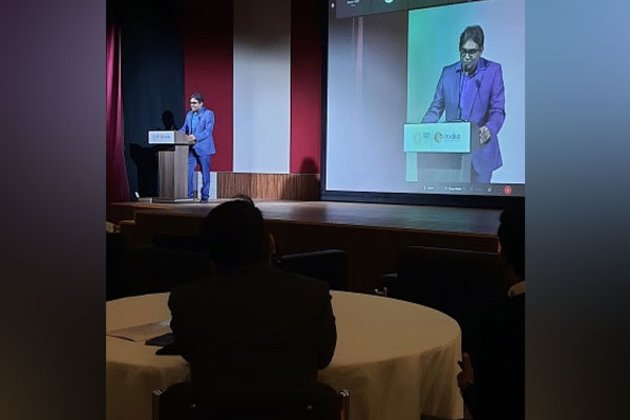 The revelation marked the initiation of a historical moment as it was for the first time that these artworks were presented as a body of art.

The event saw attendance from dignitaries of the world who joined through a virtual live link for the event that happened at the India Pavilion in the Expo 2020, Dubai. Expo 2020 is a global exhibition with 192 countries presenting the best of culture, art, and science.

Speaking at the event, Group CEO of Sapio Analytics, Ashwin Srivastava established the significance of presenting these artworks as part of an ancient tradition, by connecting it to a permanent evolution in the way art from India and South Asia is seen.

The event started with a presentation by Behl, where he showcased the earliest surviving Buddhist paintings of the world, from 2nd century BCE to the 5th century CE. In the presentation, he unveiled facts that show the presence of an ancient tradition. On display were the works photographed and painstakingly digitally restored by him.

The event continued with showcase of 3 films created by Benoy K Behl that presented new elements of Indian culture through the eyes of Buddhism and Yoga. 'Path of Compassion' introduced India in the time of the Buddha and gave a gist of his philosophy and teachings. 'The Search Beyond' was majorly devoted to the monastic masked dance of the Lamas called the Cham. 'Yoga for Health and Global Harmony' showed Yoga as India's greatest gift to the contemporary world.

This event is presented as one of the series of events marked towards promoting ancient culture of India in the world and using deep research to unveil secrets of the ancient times, that can help establish India's cultural supremacy.

This story is provided by NewsVoir. ANI will not be responsible in any way for the content of this article. (ANI/NewsVoir)