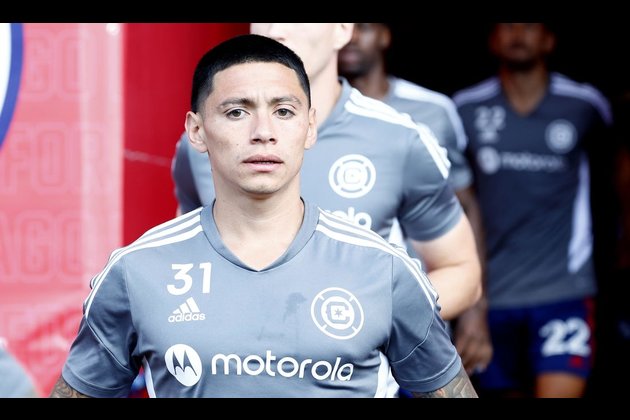 The Chicago Fire signed midfielder Federico Navarro to a new contract through the 2027 season.

The deal announced Tuesday includes a club option for 2028 for the 22-year-old Argentina native.

"As a player, Federico embodies the personality and grit of our city," Fire sporting director Georg Heitz said in a news release. "He has demonstrated his talent and dedication to the Club and its supporters from the very first moment he stepped onto the field in a Fire jersey. We look forward to seeing him continue to grow with us in Chicago for many years to come."

Navarro has two goals and three assists in 28 games (25 starts) this season. He also ranks second in MLS with 62 tackles won.

"I'm very grateful to everyone at the Club, my teammates, the coaching staff, and especially to everyone that is with us in the day-to-day environment," Navarro said. "Coming to Chicago has been a big step in my career and ever since I arrived, I have felt welcomed by the Club, the fans and the city. I can only promise that you will always have the best of me."

Navarro had one goal in 12 matches (10 starts) for Chicago during his debut MLS campaign in 2021.