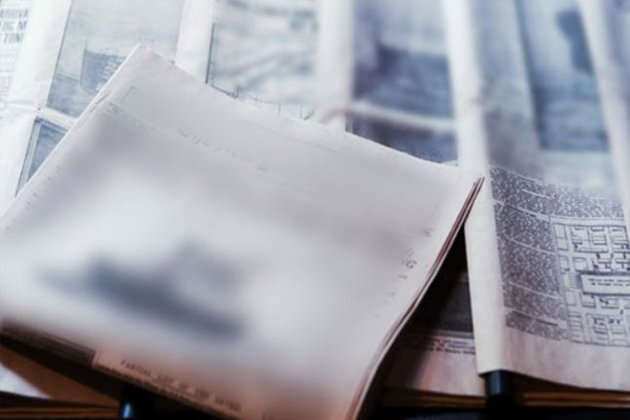 Canberra [Australia], September 29 (ANI): Western media seems to be seizing every opportunity to put out its inaccurate, biased reporting and narratives to manipulate, distort and harm India's international image and undermine the country's diversity and sow the seeds of hatred between Hindus and Muslims, media reports said.

This is in connection to the reporting of a parade organized in New Jersey to celebrate India's Independence Day six weeks earlier. While the mood back in India was filled with nationalism and patriotism, the Western media including many prestigious outlets such as The New York Post and The Times were all out to malign India by spitting out unverified facts, reported The Australia Today.

As per a September 25 article by New York Times, "the bulldozer has become a symbol of oppression in India." The very first line of the so-called reporting was systematically manipulated as the parade did not even have a bulldozer as was boldly claimed by the outlet, but it was rather a backhoe.

It is symbolic of the low-effort, low-accuracy reporting that characterises the India coverage of many prestigious Western news organisations, Or in this case, the Indian diaspora coverage, reported The Australia Today.

The line that followed was-- "Its appearance in a New Jersey parade has exposed fault lines between the region's Hindu and Muslim communities." Instead of aggressively questioning the stories told to them by all of their interviewees, what the western media outlet chose is to put out biased and inaccurate articles over the parade.

In the visuals, it can be seen that the backhoe had pictures of Indian leaders (whom the outlet claimed to be "hard-line protege"). These kinds of baseless coverages later get picked up by think tanks and invoke negative feelings about India (or any other unlucky victim).

According to another Western portal, The Times, the bulldozer "was a blunt and sinister taunt later likened to a noose or a burning cross at a Ku Klux Klan rally." The media portal quoting a Muslim community member also said that "the bulldozer was as offensive as a hooded Klansman would be to African Americans or a Nazi symbol to Jews." The article used the word "bulldozer" twenty-one times.

Moreover, the biggest news agency Reuters also could not make the efforts to consider facts before reporting over the parade. On September 23, it said that "a yellow bulldozer--a symbol that has become offensive to many Indian Muslims--appeared among the floats."It was ironic that the person reporting had apparently never written for the agency before. While reading a sign over the backhoe, which read "Baba Bulldozer," the reporter says that this is an indication towards policies of the Indian state of Uttar Pradesh, "where a number of Muslim homes have been razed by bulldozers."The next turn of events was rather very interesting if one observes. These western outlets actually were in a rat race trying to outpace one another by making India their pawn.

New York Times' New Jersey correspondent Tracey Tully, when Reuters reported over her beat, had to respond ! (Even if the news is six weeks old.) Therefore, she found some local outraged citizens and called some human rights activists, got her quotes, and filed her report. About the bulldozers. That were actually backhoes.

"In India, where a divisive brand of Hindu-first nationalism is surging, the bulldozer has become a symbol of oppression, and a focus of the escalating religious tension that has resulted in the government-led destruction of private homes and businesses, most of them owned by members of the country's Muslim minority," she reported for America's most prestigious newspaper.

Now the big question is did she even try to find out why the backhoe was in the parade or whether to dig out if it was a conscious attempt to provoke Muslims?Not to forget, the tough questions will linger on as the western media continue to deface the true spirit of India's unity in diversity.

The organisers of the parade, the local Indian Business Association, were obviously embarrassed by all the attention. They apologised for any offence their parade might have inadvertently caused and promised not to feature "bulldozers" in any future events.

Only people who forensically read between the lines, critically examining exactly what was said and carefully looking for what was not said, have any chance of arriving at an accurate picture of reality. For everyone else, the headline is the story, reported The Australia Today. (ANI)