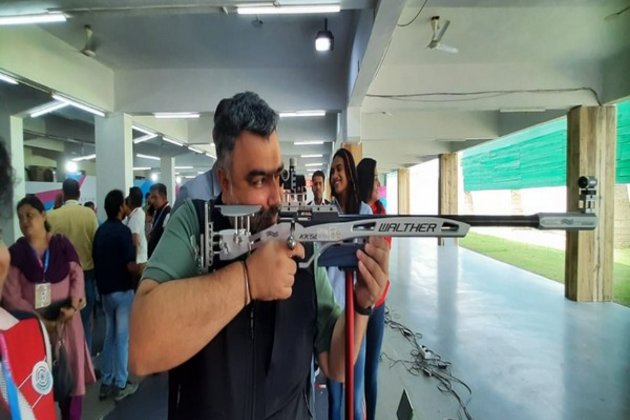 PV Sindhu, Gagan Narang, Anju Bobby George and Trupti Murgunde, who are in Gujarat for the 36th National Games, visited the Ahmedabad Rifle Club to meet participants and cheer for them. They also tried their hand at the sport, even as Olympian medalist shooter Gagan Narang helped them with tips.

Indian ace shuttler PV Sindhu was seen trying her hands at shooting at the shooting range, with Indian Olympic medalist Narang guiding her through the process.

Prime Minister Narendra Modi will inaugurate the 36th National Games at a grand Opening Ceremony to be held here at the Narendra Modi stadium in Ahmedabad on Thursday.

The Prime Minister will also address athletes from across the country taking part in the National Games. The Union Minister for Youth AffairsSports Anurag Thakur and other dignitaries will also attend the opening ceremony.

National Games are being held in the state of Gujarat for the very first time. It will be organised from 29th September to 12th October 2022. Nearly 15,000 sportspersons, coaches, and officials from across the country will be participating in 36 sports disciplines, making it the biggest National Games ever.

The sporting events will be organised in six cities of Ahmedabad, Gandhinagar, Surat, Vadodara, Rajkot and Bhavnagar. Under the leadership of the then Chief Minister and the current Prime Minister Narendra Modi, Gujarat embarked on the journey to create a robust sports infrastructure of international standards, which helped the state to prepare for the games in a very short span of time. (ANI)